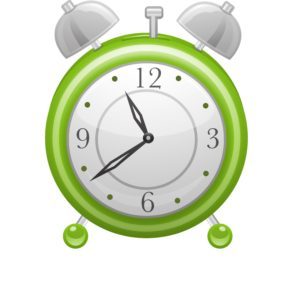 When you start a business, nobody is willing to invest in its success more than you. You’ve already worked a 40-hour week by Wednesday and, if you’re like most founders, you’ve invested a big chunk of your liquid assets to get your business going.

In the early days, you are willing to risk your business on a new strategy because the business is pretty much worthless. As the Bob Dylan lyric goes, “When you ain’t got nothing, you got nothing to lose.”

David Will is the founder of Peach New Media, which he started back in 2000 as a reseller of web conferencing. In the early days, Will changed his business strategy frequently, trying to find an idea with legs. After a number of pivots, he landed on selling learning management software to associations.

The business grew nicely and by 2015 Peach New Media had 40 employees and then received an attractive acquisition offer from a large private equity company. Will was conflicted. He loved his business and treasured the team he had built. At the same time, the acquirer was offering him a life-changing check.

In the end, Will realized that he had become somewhat more conservative as his business had grown and the potential acquirer was willing to make a big bet on integrating Peach New Media into another one of its acquisitions. Will realized he had reached a point where his appetite for risk in his own business was lower than his potential acquirer’s. Will decided to sell.

The point where a buyer is willing to risk more than you are happens at a different stage for everyone. Let’s say you have a business worth $1 million today. Would you be willing to risk the entire thing on a new strategy for a shot at making it a $10 million company? Many entrepreneurs would take that bet.

Now imagine you have a company worth $10 million and your business represents the bulk of your net worth. Most would argue $10 million is life-changing money. Would you be willing to risk your entire company for a chance to make it a $100 million company? The marginal utility of an extra $90 million is minimal—we all only need so many cars—but the risk is significant. Fewer owners would bet $10 million for a chance at $100 million.

When someone else is willing to invest more in your business than you are, it is probably time your company finds a new owner.