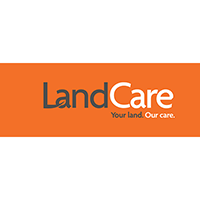 LandCare has been sold by Aurora Resurgence to its management team along with a small investor group led by Scott Brickman, who has also been named chairman of LandCare.  This transaction is the culmination of the turnaround of LandCare engineered by its CEO Mike Bogan under the ownership of Aurora Resurgence. It is a great success story illustrating what is possible in the industry.  It also represents a successful exit for Aurora Resurgence.

LandCare, formerly known as TruGreen LandCare was formed in 1997 as a unit of ServiceMaster.  In early 1999, it acquired another consolidator of landscape companies, Landcare USA.  Between them, they acquired approximately 75 landscape companies throughout the U.S. in about two years.  Under ServiceMaster, the Company experienced  a variety of management and operational issues. It was ultimately sold to Aurora Resurgence, a private equity firm focused on turnaround situations, in 2011.   Mike Bogan, a former executive vice president of The Brickman Group, was named CEO by Aurora in 2014 and launched a major turnaround effort, building a strong team of experienced landscape professionals and rebranding as LandCare in 2015.  Thus restructuring process has led to significant revenue and profitability growth over the past four years.  Today, LandCare is one of the most comprehensive providers of commercial landscape services in the United States.

“We are pleased with the impressive turnaround that LandCare realized over the past five years,” said board member Sean Ozbolt, on behalf of Aurora Resurgence.  “Its success provides testament to how our investment process and partnership approach drive significant financial improvement and deliver strong value for our investors, the company and its customers and employees.”

“LandCare has quickly established a model corporate culture that has positioned it as the employer of choice in the landscape services industry,” said Andrew Fohrer, board member of LandCare.  “Mike and his team have been a tremendous partner to Aurora Resurgence, and they, along with Scott and the rest of the new ownership group, have an unmatched track record of success together.  We are excited to leave LandCare in their hands and watch its continued growth.”

“With Aurora Resurgence as a partner, we have been able to rebuild LandCare from the ground up, creating one of the leading landscape services companies in the United States,” said Mike Bogan, CEO of LandCare.  “We are thrilled to have the opportunity, in partnership with an industry veteran like Scott Brickman, to continue leveraging our passion for landscaping and customer service to build upon our recent growth for our customers and hardworking employees.”