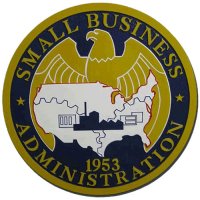 The Small Business Administratiion’s 7(a) loan program reached its fiscal year 2015 loan guaranty limit on July 23.  The SBA cannot issue more loan approvals until the new fiscal year begins October 1 or Congress acts to increase the limit.  The Later join July 23, the US Senate approved an increase to $23.5 billion from the current $18.75 billion.  Action is pending in the House of Representatives and expected to lass quickly.

Here’s the latest from the SBA in this important issue:

The Small Business Administration welcomes last night’s Senate action to raise the 7(a) Program authorization ceiling to $23.5 billion.  We thank the leadership of the Senate Small Business and Appropriations Committees for championing this measure.

We continue to work with the House of Representatives and are confident that it will promptly pass similar legislation, allowing the SBA to continue supporting American small businesses as they grow and create jobs to strengthen the nation’s economy.

America’s small businesses are back and growing faster than ever.  In recent months, SBA’s 7(a) program has experienced unprecedented demand from America’s small business community. SBA has already approved over 45,000 loans this year totaling more than $16.5 billion, a 25 percent increase over this same period last year.

Today, the 7(a) program has reached its FY 2015 loan guaranty program limit.  As a result, SBA is forced to suspend its 7(a) small business lending until the start of the new fiscal year on October 1, 2015, or until such time as the 7(a) loan authority is increased by Congress.  All loan applications submitted through delegated or non-delegated authority as of noon (EDT) today will be processed as usual.

SBA continues to work closely with our partners in the House of Representatives and Senate to address this challenge.  While a solution is not yet finalized, we are hopeful that Congress will soon increase the 7(a) program’s lending authority, ensuring that entrepreneurs and businesses can continue to rely on the program to secure the credit necessary to start or expand their business.

, applications are being processed up to the point of approval and placed into a queue awaiting the availability of program authority (the “Queue”).  As additional program authority becomes available due to Congressional action or as a result of cancellations of loans previously approved this fiscal year, applications in the Queue will be funded in the order they were approved by SBA.