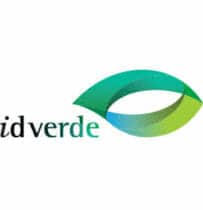 idverde, the European leader in landscaping and maintenance of natural, urban and sports sites, has acquired Jardins de l’Evron SAS in Brittany.

The acquisition of Jardins de l’Evron will significantly reinforce the idverde position in the region, and reinforce the territorial network of idverde, already present in Brittany through its agencies in Vannes and Rennes. By integrating with the idverde group, Jardins de l’Evron SAS will benefit from synergies that benefit the entire group: security, purchasing, commerce, etc. “During the development of our company, I met  the idverde teams in the field many times  and  was able to see the level of services and skills developed by the idverde teams. In addition, idverde has values ​​in line with the values ​​of Jardins de l’Evron. Joining idverde  quickly emerged as the best opportunity for my company’s transmission among the various actors who approached me, “explains Pascal Le Bris.

Founded in 1986, the  Jardins de l’Evron SAS has developed  a loyal clientele, attracted by the many skills of their team of in landscaping and maintenance of green spaces. Employing a dozen employees, the company works with a variety of public and private B2B clients, as well as individuals.

With revenues of  approximately $630 million (575 million euros) and 6,000 employees in France, Great Britain and the Netherlands, idverde is the leader in the European green space market. The group is structured into a network of more than 100 agencies, each of which is organized in the manner of a small company that operates in a human-sized geographical area. Idverde’s eco-citizen business commitments are based on a key value: the respect it puts into practice on a daily basis through the quality of its services, the training of its employees and the protection of the environment. www.idverde.com