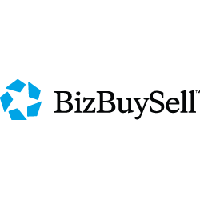 BizBuySell’s Second Quarter 2015 Insight Report shows that with small business financial performance on the rise, more small business owners are ready to cash in by selling.

San Francisco, CA – BizBuySell the Internet’s largest business-for-sale marketplace, reports that the number of small businesses listed for-sale grew more than 12 percent from the same time last year and has reached levels not seen since 2009. The increasing number of owners ready to sell comes as revenue and cash flow are rising, allowing sellers to both ask for and receive more for their businesses. The median small business asking price grew 13 percent in the past year, while the median sale price increased 12 percent. The full results are included in BizBuySell.com’s Q2 2015 Insight Report, which aggregates statistics from business-for-sale transactions reported by participating business brokers nationwide.

The increase in small business listings this quarter correlates with a number of factors, most notably growing small business financial performance and resulting sales prices, as well as the volume of Baby Boomers reaching retirement age. The Q2 total marks the highest number of businesses listed for sale on BizBuySell.com since the second quarter of 2009, after which both listings and sales dropped significantly in response to the economic downturn. Manufacturing businesses led the recent growth spurt with a 29 percent uptick from the same period last year. Business listings in the restaurant (12 percent), service (11 percent) and retail (9 percent) industries also experienced year-over-year supply growth.

Of businesses listed, 1,913 closed transactions were reported in Q2, a slight increase from the 1,830 transactions closed in Q1. Owners are finding 2015 to be a good year to sell as median sales prices remain at high levels. The median sale price of a business in Q2 remained at $200,000, the same as in the first quarter and still the highest mark since mid-2008. Higher sale prices can be attributed to improving financials as well. The median revenue of sold businesses increased to $450,000 this quarter (the highest on record since report inception in 2007), and the median cash flow rose slightly to 102,995 from $100,000 at the same time last year.

“We’ve been riding a wave of increasing financial performance and transaction totals for a couple of years now, but it’s great to see the supply of listings increase as well because it shows that small business owners are buying into the trend,” Bob House, Group GM of BizBuySell.com and BizQuest.com, said. “As business financials continue to improve, and Baby Boomers reach retirement age, we expect the supply of quality small businesses on the market to remain strong.”

In addition to New York, California also saw large increases in the number of small businesses on the market. San Jose (up 64 percent), Sacramento (up 42 percent) and San Francisco (up 31 percent) were all among the top California cities for Q2 listing growth compared to last year. San Diego listings grew by 18 percent, while Los Angeles had a more modest 7 percent increase.

Other notable cities with more small businesses on the market include Kansas City (up 34 percent), Minneapolis (up 29 percent), Dallas (up 23 percent) Seattle (up 22 percent), Washington D.C. (up 16 percent) and Denver (up 16 percent).

Finally, a look at common sale price multiples can show which markets provides the most purchasing power for a business buyer’s dollar. The top 5 markets as measured by median asking price to median cash flow were Las Vegas (2.39), Stamford (2.43), Boston (2.50), San Diego (2.53) and Indianapolis (2.53). In general, a lower ratio may imply a value opportunity for potential buyers. By comparison, some of the most expensive markets were New Orleans (4.39), St. Louis (3.94), Cincinnati (3.56), Charlotte (3.55) and Atlanta (3.43). A higher multiple suggests a premium placed upon the cash flow of businesses for that market, on average.

“While national trends are a great indication of the small business market overall, it’s important for both sellers and buyers to research their own region before entering the market,” House said. “Inventory levels and mix, median revenue and cash flow, and ultimately sale prices vary, sometimes widely, by city. In order to properly time and execute a sale or purchase, interested parties should investigate numbers like these or talk to a local business broker who should know the specifics of the local market.”

Sold Restaurant Financials on the Rise, While Retail Sees a Slight Dip

Restaurants appear to be keeping pace with the improving health of small businesses around the country. The median revenue of sold restaurant businesses hit $500,000 in Q2, the highest mark since BizBuySell started tracking this data in 2007. That revenue bump allows owners to ask and receive more for their restaurants during a sale. The median asking price for restaurants in Q2 was $184,000 and the median sale price grew to $152,500, which is also the highest price restaurants have sold for since BizBuySell started collecting this data.

Retail businesses, on the other hand, experienced a slight decline in performance this quarter. While financials of retail businesses were up slightly from the same period last year, the median revenue of sold retail businesses fell from $537,500 in Q1 to $500,000 in Q2 and the median cash flow dropped from $99,355 in Q1 to $94,953. This financial trend explains, in part, why the sector saw a reduction in both the median asking and sale price in Q2. This could be more an indication of a strong first quarter than a larger trend, but it is important for retail owners to track these metrics regardless in order to properly time a sale.

“There will always be some outliers, but this quarter’s data confirms that small business listings, transactions and financials are all continuing on a great trend,” House said. “Nationally, the transaction volumes, key financial indicators and economic environment during the first half of 2015 point to another robust business-for-sale market in the second half of the year.”